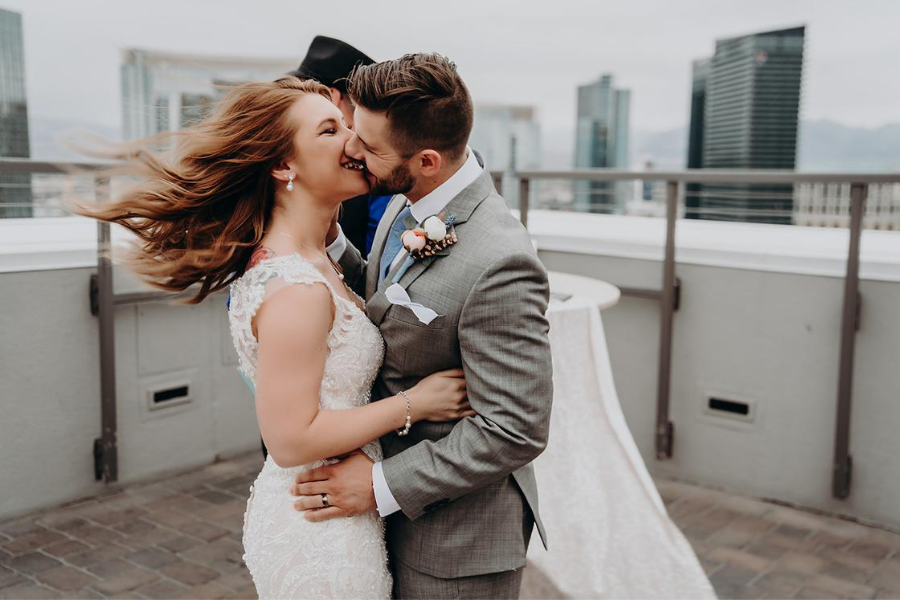 Mercedez and Dylan planned a sunrise rooftop elopement at the Marriot Grand Chateau in Las Vegas, Nevada. Things didn’t go as we planned as we got a crazy flash flood early that morning so needless to say the rain threw a wrench into our plans! The hotel, for liability purposes, would not allow us to shoot on the roof top due to the lightning strikes. Fifteen minutes before the ceremony, the Universe decided that it would play nice and for the next hour or so the tsunami-like storm stopped and allowed us to get these two babes married!

The sky was filled with dense grey clouds and the most beautiful diffused light appeared through the clouds as the sun started to rise over the east side of the building. They had a beautiful, intimate ceremony in front of their parents. As luck would have it as soon as we wrapped up their shoot the Universe turned the crappy weather back on and the rain and lightning was back in full force! One thing I learned during my time in the military is to always be prepared for the worst-case scenario, hope is not an option and to always have a plan B! 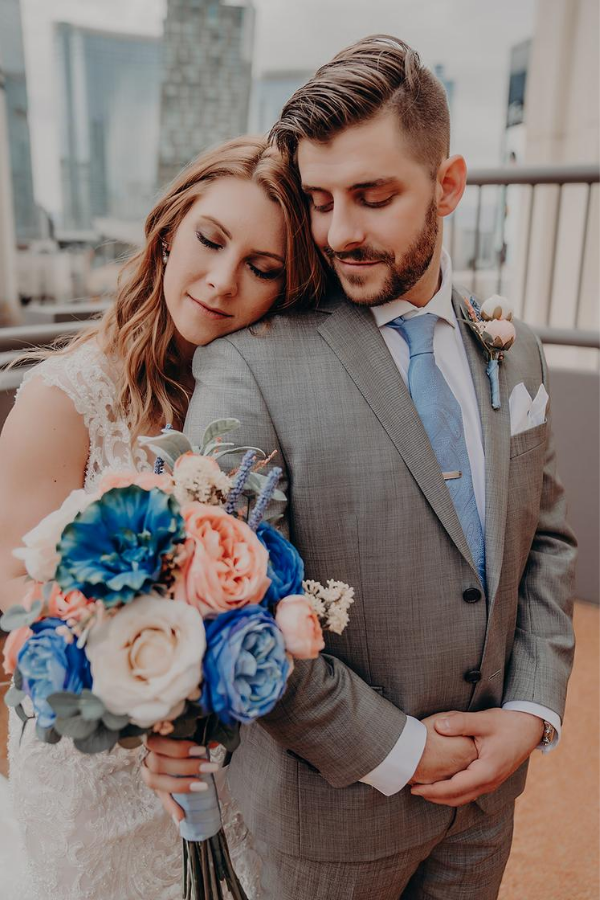 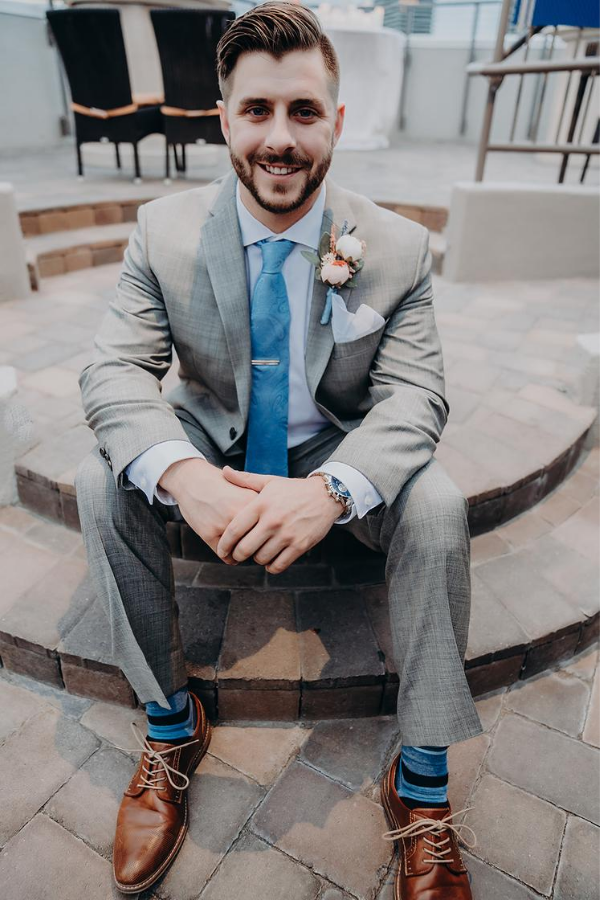 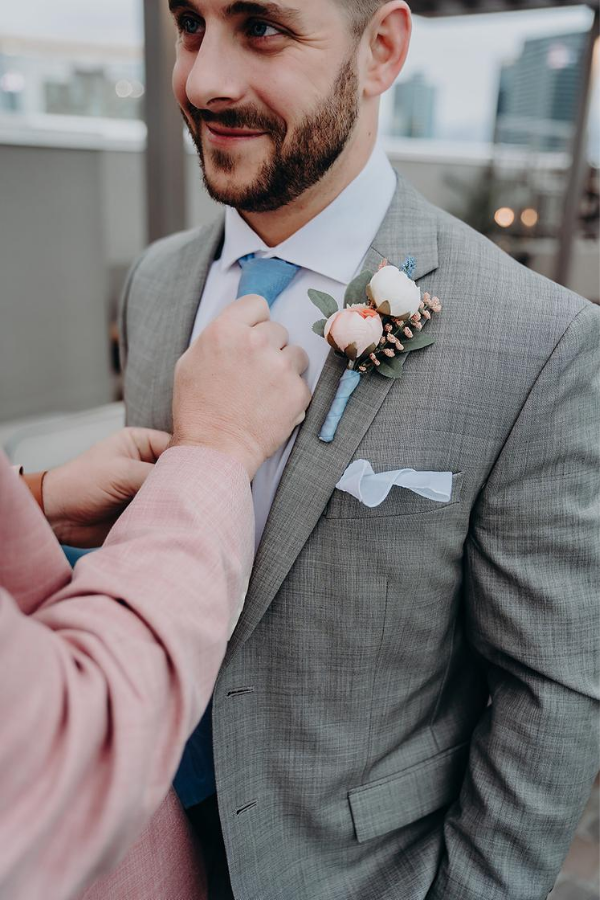 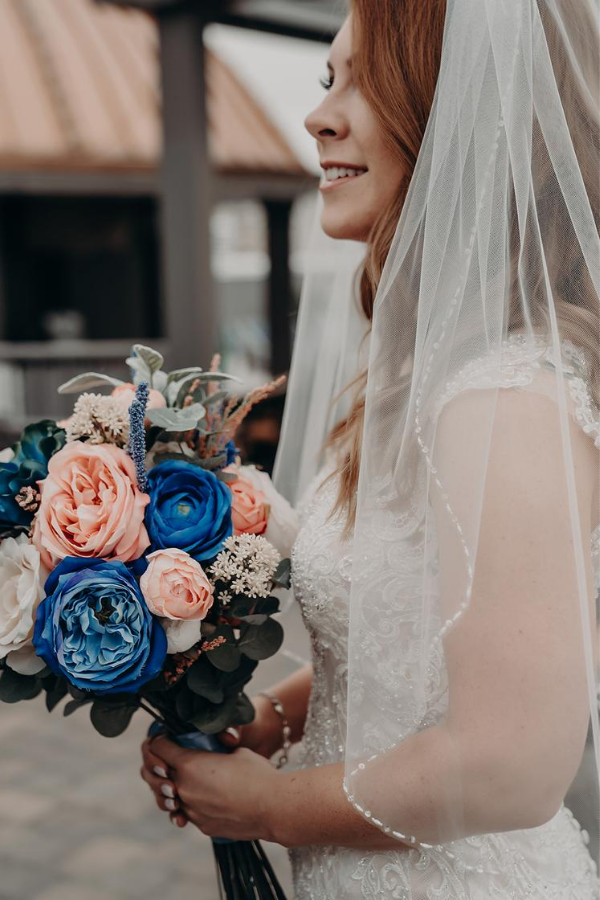 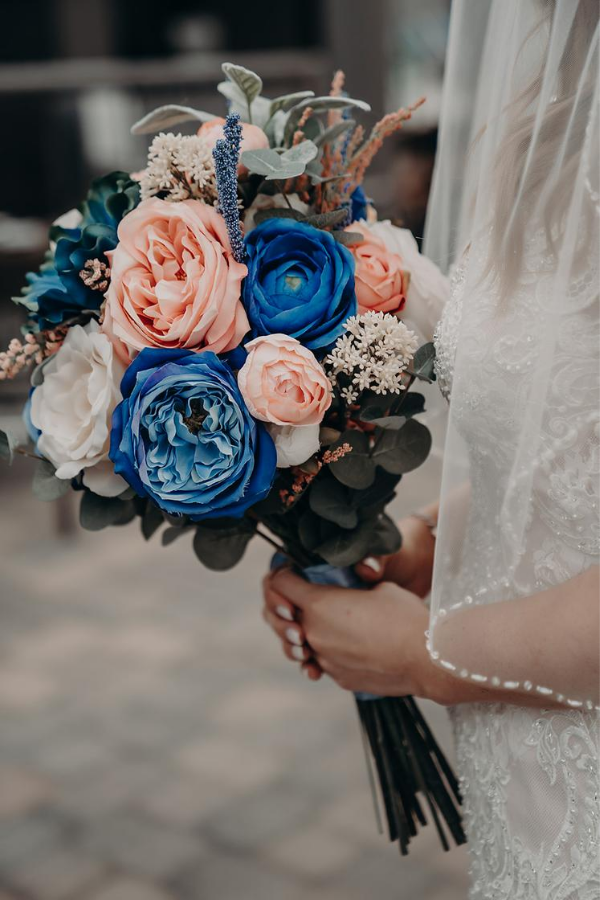 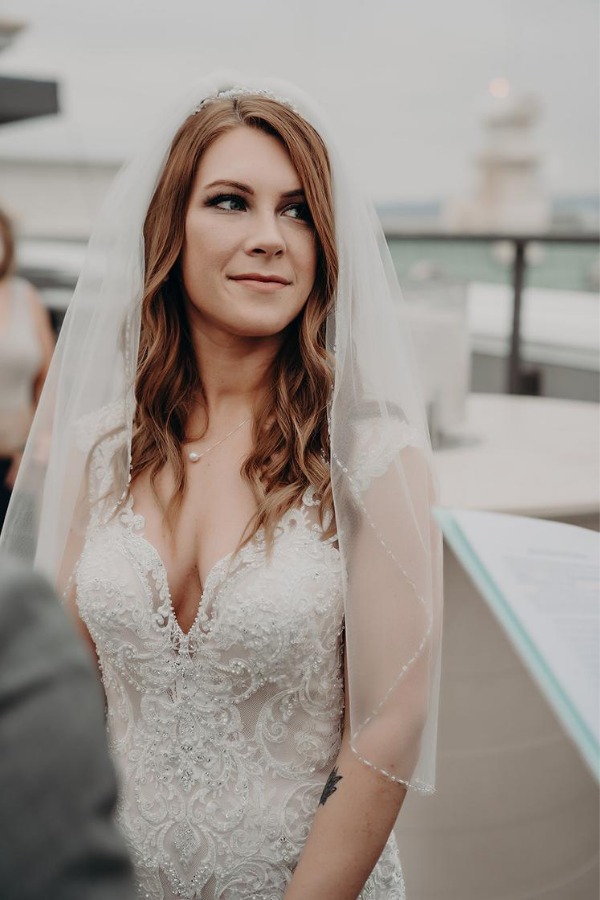 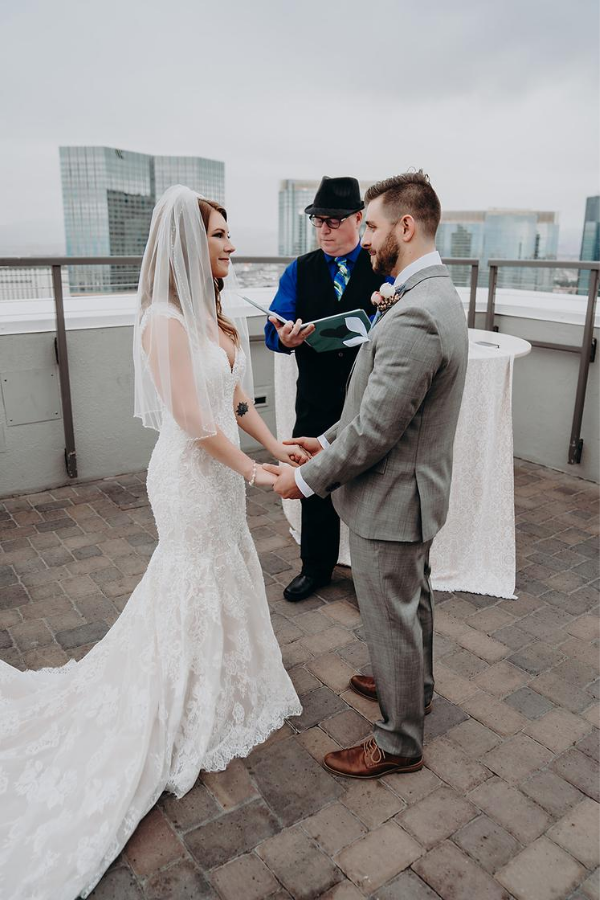 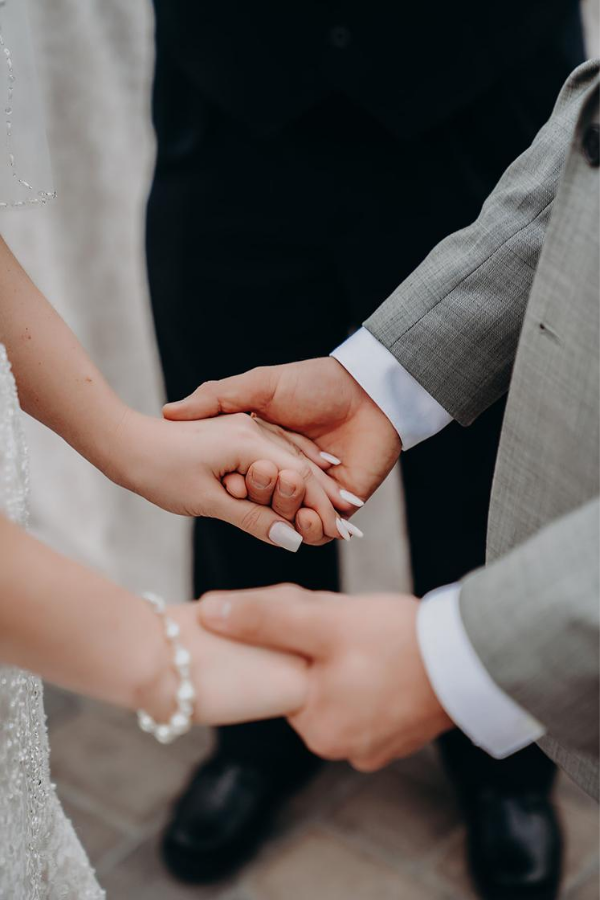 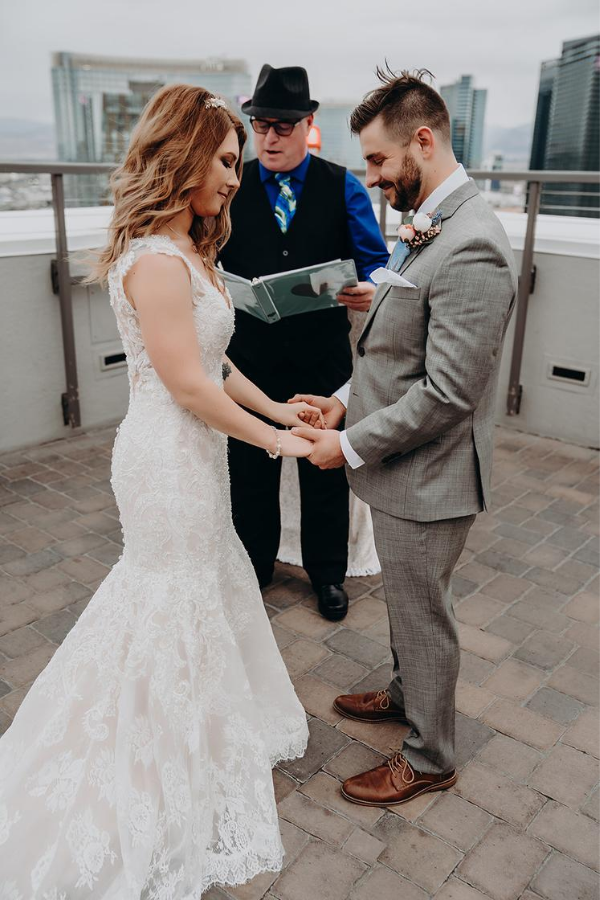 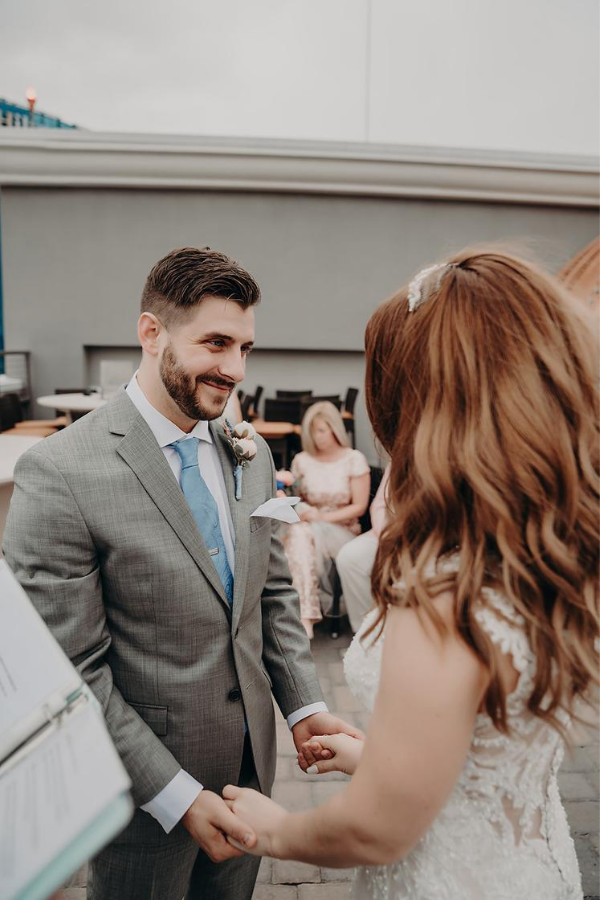 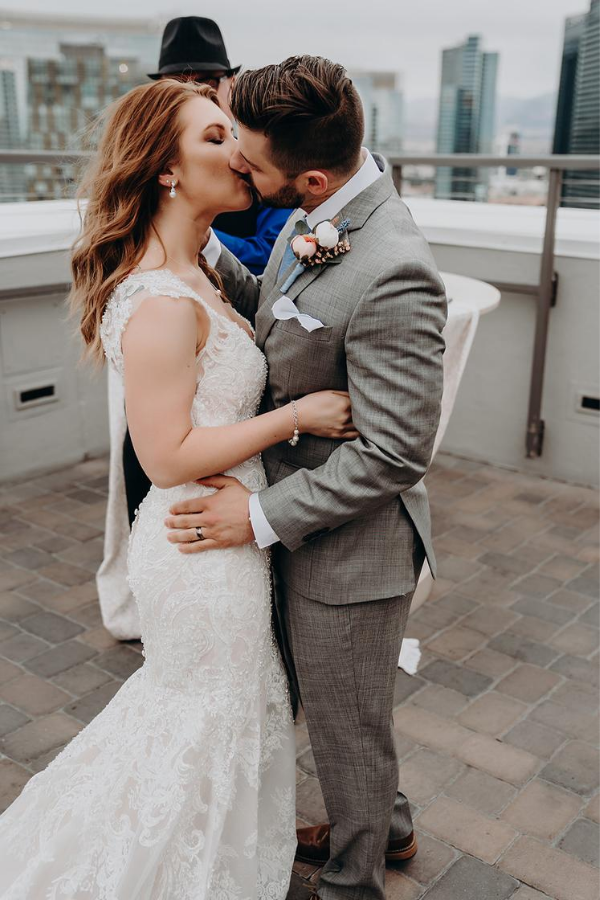 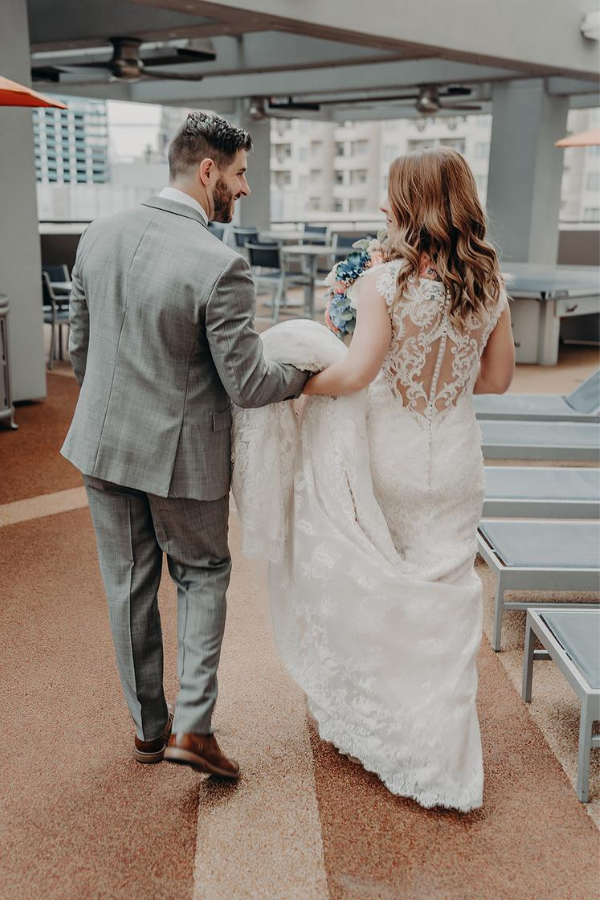 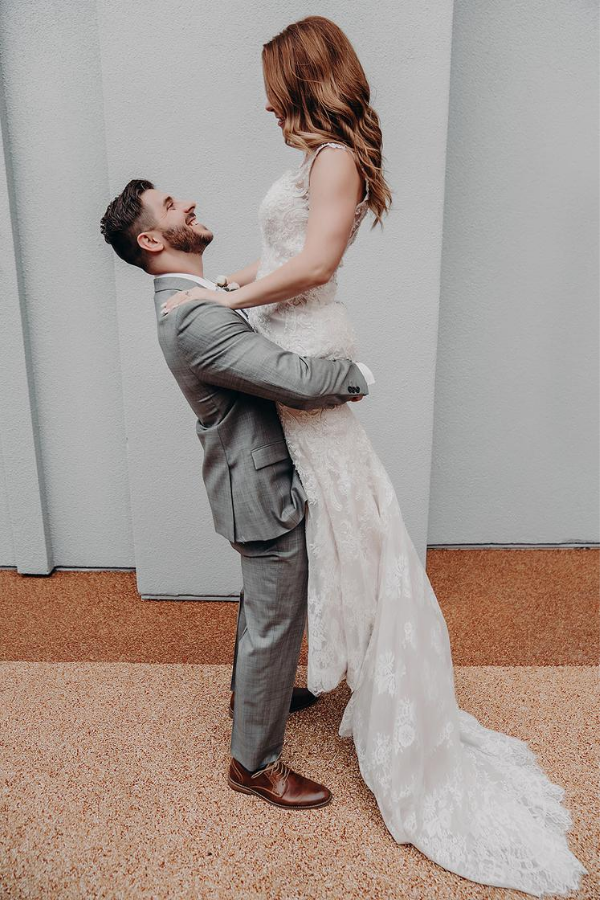 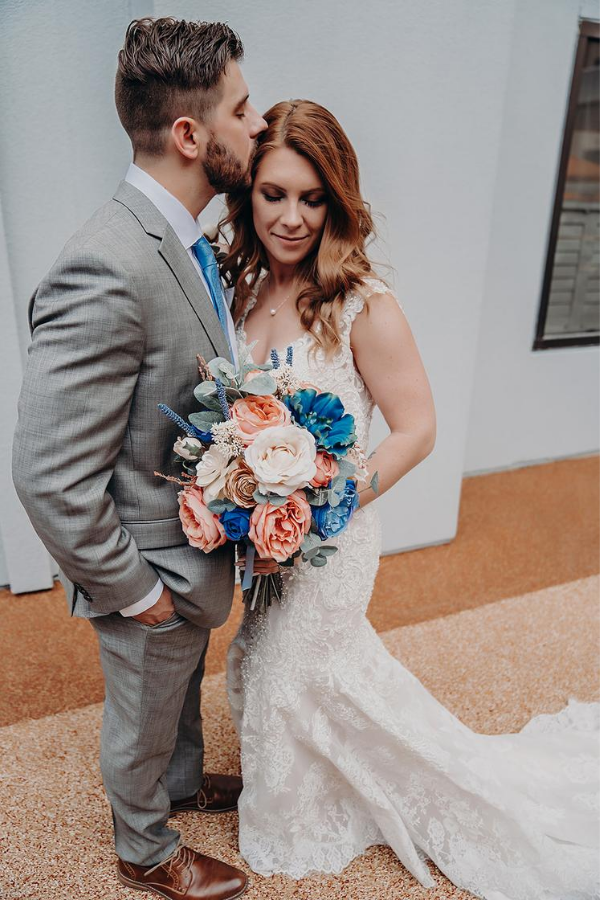 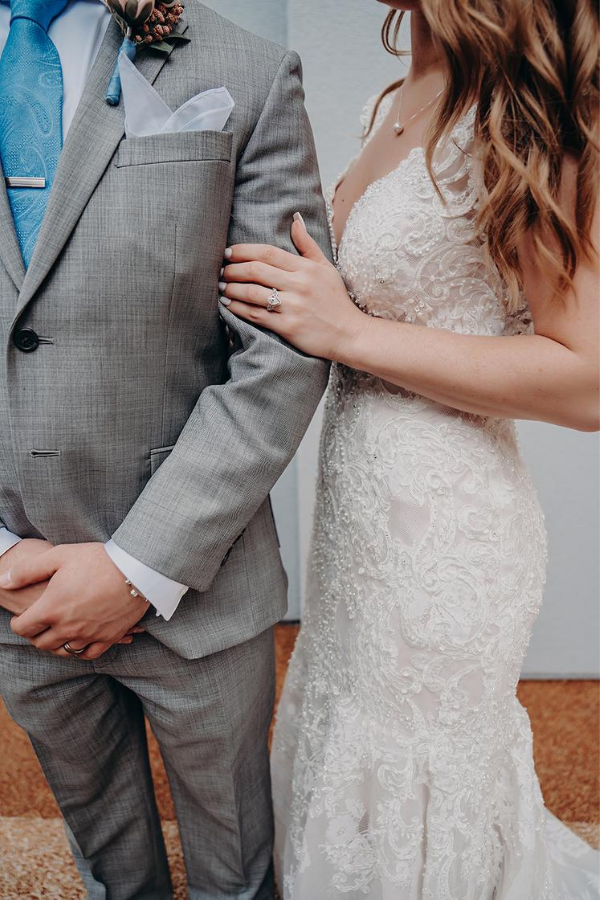 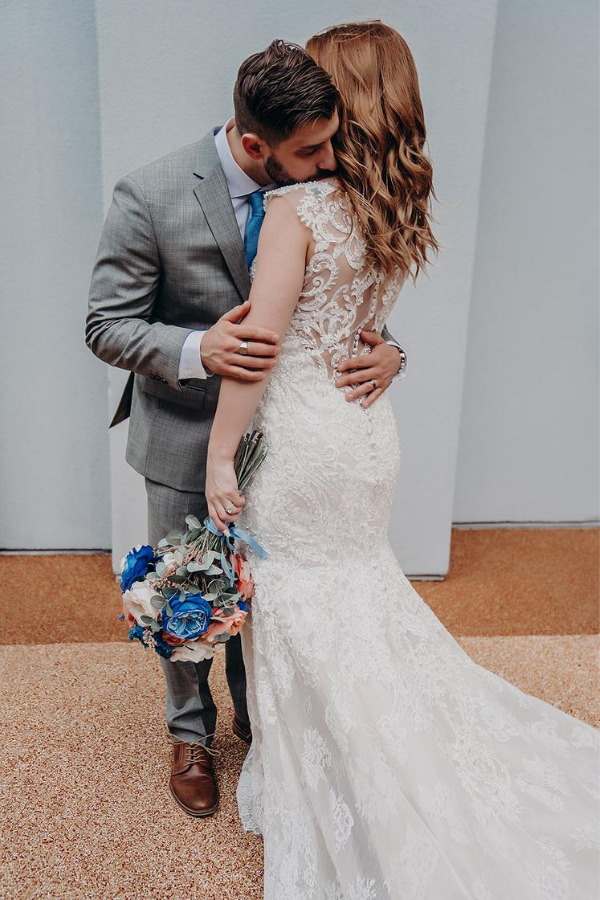 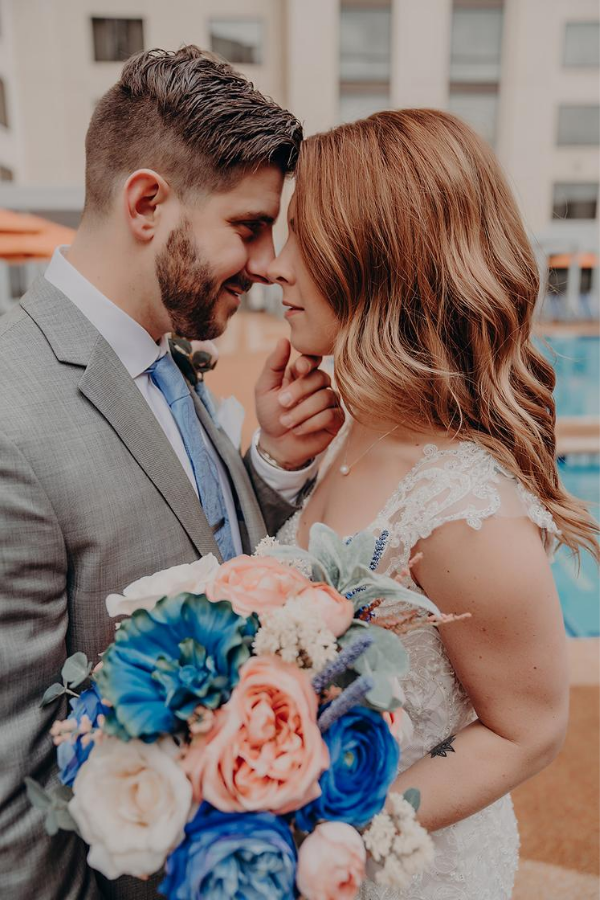 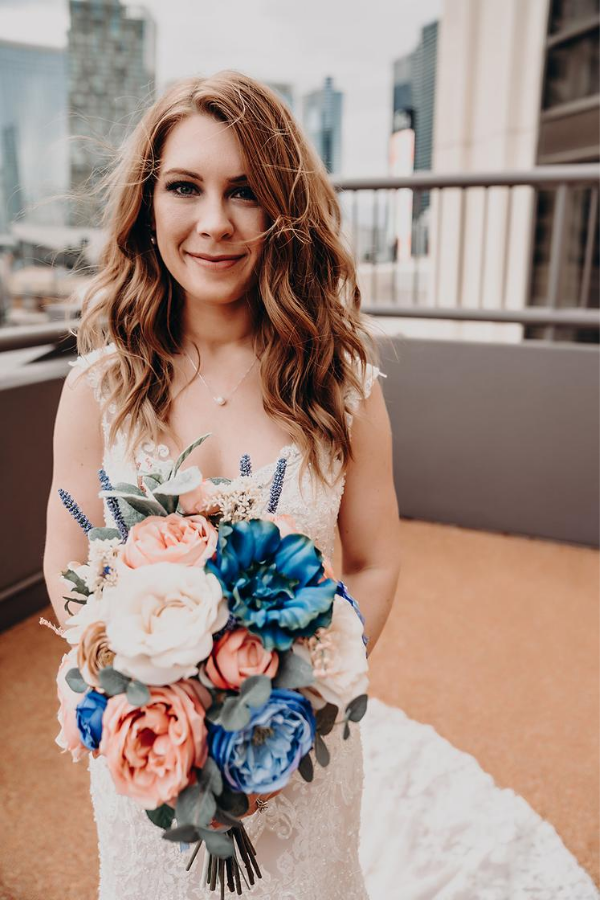 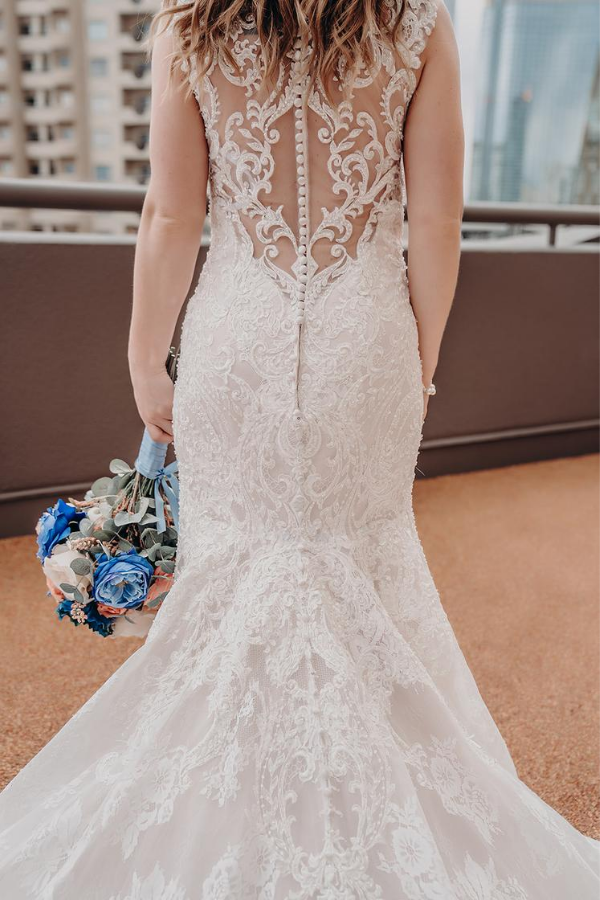 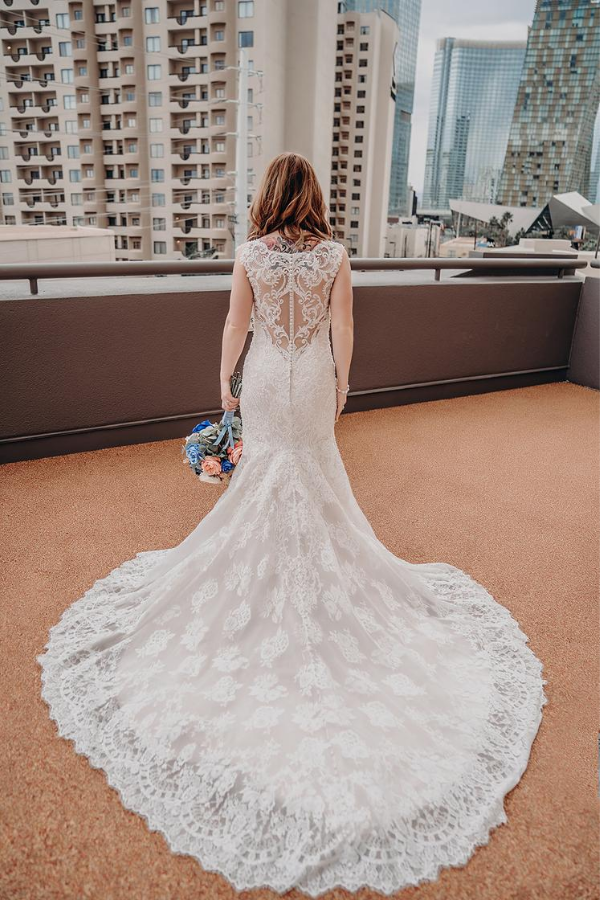 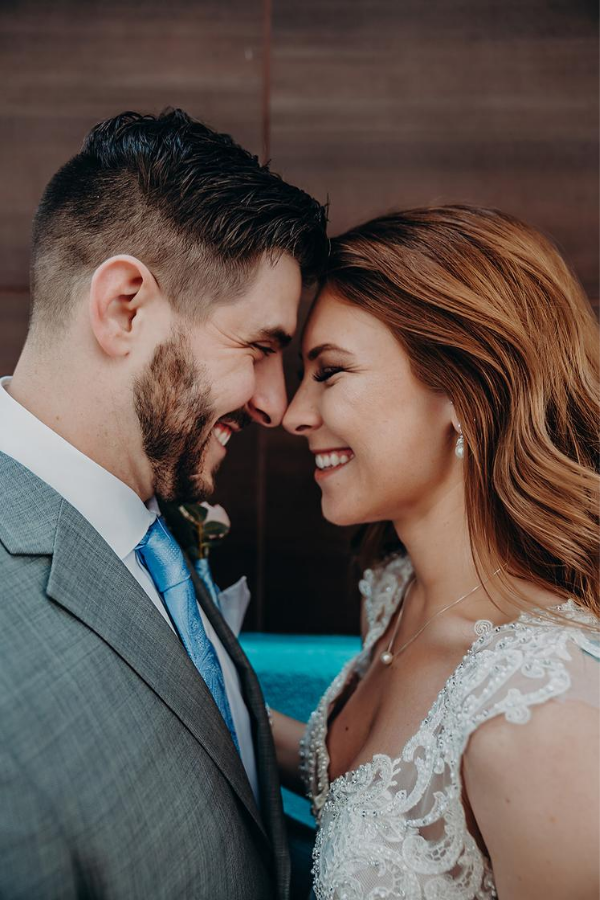